The total revenues forecast was announced by CEA President and CEO Gary Shapiro during his opening remarks today at the 2015 International CES®, the global gathering place for all who thrive on the business of consumer technology, running January 6-9. CEA’s consensus forecast reflects U.S. factory sales to dealers and covers more than 100 CE products. The twice-annual report serves as a benchmark for the CE industry, charting the size and growth of underlying categories.

While the emerging product categories represent less than five percent of the entire CE industry revenue forecast, they are expected to contribute almost $11 billion to overall CE revenue in 2015. “Our forecast underscores that consumers’ love affair with technology shows no signs of slowing any time soon,” said Shapiro. “Consumer technology is all about continued innovation. In the blink of an eye, consumer demand has taken off for emerging categories such as wearables, unmanned aerial vehicles and 4K Ultra HD – categories that were too small to track just three years ago. Expect to see these burgeoning categories, as well as innovations across the full spectrum of consumer technology, on display this week at the 2015 International CES.”

Wearables. The wearable device revolution is a key category to watch in the coming years, and especially in 2015. CEA projects overall wearable unit sales will reach 30.9 million units (a 61 % increase from last year) and generate $5.1 billion in revenue in 2015 (a 133 % increase). CEA’s wearables category encompasses fitness activity bands and other health and fitness devices, as well as smartwatches and smart eyewear.Health and fitness devices: Led by the popularity of activity tracking devices, health and fitness devices will lead unit sales among all wearables in 2015 with a projected 20 million units. Revenue is expected to surpass $1.8 billion in 2015.

1. Smartphones: As the sales leader of the industry, smartphone unit shipments are projected to reach 169.3 million this year, up 6 % from 2014. Additionally, smartphone revenues are expected to generate $51.3 billion in 2015, a 5 % increase from last year. Particular growth will be seen in screen sizes between 5.3 inches – 6.5 inches.

Video. Larger screen sizes and innovative display features have more consumers upgrading their video experience. TV sales remain critical as the industry’s third-largest contributor to the total revenue with sales of TV sets and displays projected to reach $18.3 billion in 2015, down two percent from 2014.

Other. CE categories expected to enjoy positive growth in 2015 include audio, electronic gaming and laptops. Automotive electronics will see continued growth due to new vehicle sales in 2015, reaching $14 billion in revenue, a 3.3 % increase.

The U.S. Consumer Electronics Sales and Forecast 2010-2015 (January 2015) is published twice a year, in January and July, reporting U.S. factory sales-to-dealers. It was designed and formulated by CEA, the most comprehensive source of sales data. Quelle: Consumer Electronics Association (CEA) / DMM 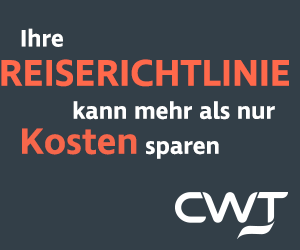